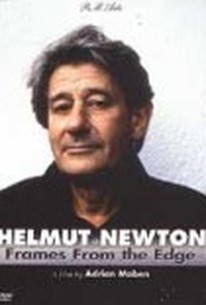 Helmut Newton is a still photographer known for his innovative fashion photography of glamorous women, and who has also made a name for himself for his black-and-white nude photographs of female celebrities. His groundbreaking fashion photos appeared on the cover of Vogue in the 1950's and '60s. He is also somewhat infamous because of his reputedly quite huge ego. This documentary features interviews with some of his most famous models, including Catherine Deneuve, Charlotte Rampling and Sigourney Weaver, and with less well-known women. ~ Clarke Fountain, Rovi

Critic Reviews for Helmut Newton: Frames from the Edge

There are no critic reviews yet for Helmut Newton: Frames from the Edge. Keep checking Rotten Tomatoes for updates!

There are no featured reviews for Helmut Newton: Frames from the Edge at this time.