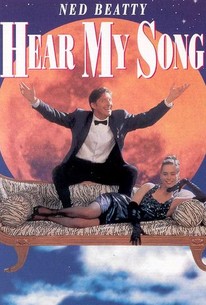 The owner of a British nightclub attempts to do the impossible by coaxing a legendary Irish tenor out of retirement for a once-in-a-lifetime show in this engagingly quirky comedy. The owner, Mickey O'Neill, is particularly desperate to land a performance by the great Josef Locke, as his already questionable reputation was ruined when he booked an impostor claiming to be Locke. Now only providing a show by the real thing can make up for it. Trouble is, Locke fled England several decades before to avoid charges of tax evasion, and would face immediate arrest upon his return. Naturally, the comedy emerges from O'Neill's desperate attempts to convince Locke to participate in the scheme. Much of the film's charm comes from the presentation of eccentric but believable characters, particularly Locke himself -- a real historical figure given warm life by Ned Beatty, who was nominated for a Best Supporting Actor Golden Globe for his performance. The film as a whole manages a similar balancing act between realism and comic fantasy, grounding even the less believable aspect of the narrative in strongly observed local color.

Jim Mooney
as Drunk in Pub

Critic Reviews for Hear My Song

Genuine escapism may be the true lost art of movies, which is all the more reason to celebrate the unexpected charm of the English/Irish comedy Hear My Song.

The many charms of Hear My Song hinge on its deft balance of the puckish humor of the present situation and a genuine sense of loss and roads not taken in the past.

Such an unalloyed joy is this Anglo-Irish comedy that it recalls the great Ealing classics of the '50s.

Hear My Song isn't much more than an anecdote, but the actors lend this sweet, delicate wisp of a movie a surprisingly large spirit.

Beatty does much to stem the tide of sentiment in a tough, grounded portrayal of the real Locke, a man of substance and self-awareness firmly entrenched in another life. But by the final reels, it's become too much.

Hear My Song is sprinkled with fairy dust. It's an enjoyable romantic fantasy with wonderful comic bits.

I hated Hear My Song all the way through.

Beatty brings great comic flair and vulnerability to his role as a pub-crawling, poker-playing, handkerchief-waving singer on the lam, who is, in his own way, on the level.

This is a treat.

Audience Reviews for Hear My Song

Not particularly memorable for me.