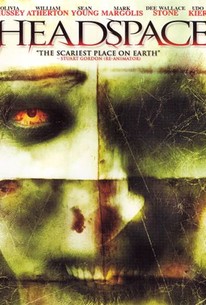 A twenty-five year old man whose chance encounter with a mysterious stranger has found his intellect rapidly expanding finds himself at the center of a gruesome murder case in an award-winning horror thriller starring Olivia Hussey, Sean Young, Dee Wallace Stone, and Udo Kier. Alex Borden is rapidly becoming a genius, but as the power of his mind grows so does the mystery of a brutal series of murders. Now, as the killer seems to set his sights on Alex, the frightened genius must use his newfound brain power to put an end to the mayhem once and for all.

Ultimately fairly routine material, but it's hard to knock a film that includes among its cast such familiar faces as Olivia Hussey, Sean Young, William Atherton, Dee Wallace Stone and (the apparently obligatory for the genre) Udo Kier.

There are good ideas pulsing through Andrew van den Houten's horror flick, but once the script turns nasty, things fall apart -- and not just literally.

A small horror film with all the necessary gore and beasties and gratuitous nudity that this not-very-demanding genre demands.

There is such a level of pretension throughout the movie that it was hard to watch without rolling your eyes at every other scene.

A fairly intelligent, creepy, and well-crafted piece of indie moviemaking.

Overall this is the kind of movie I wish could come from indie filmmakers more often.

Great development, poor pay-off. It had me until the end which falls into that oh-so-typical "surprise" ending.

Very nice to see some original horror ideas getting toyed with. Good performance by the lead.