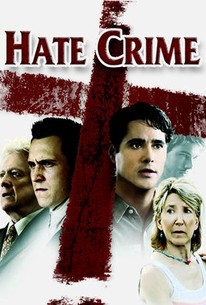 Robbie Levinson and Trey McCoy, a gay couple in their late 20s, gain an unwanted conflict when Chris Boyd, the son of a fundamentalist preacher, moves in next door. Trey is brutally attacked, lapses into a coma and later dies. Robbie and Trey's parents, Barbara and Jim, must deal not only with the devastation of Trey's death, but also with police bureaucracy. After Robbie himself becomes the prime suspect, he and Barbara, both disillusioned with the legal system, decide to take justice into their own hands, attempting to carry out a plan of revenge.

Cyrus Thompson
as Boy in the Park

Evie Thompson
as Girl in Church
View All

First-time director Stovall renders all with the kitchen-lit, squarely composed aesthetic of timid prime-time TV, and his moral schema is no less ordinary.

The portrait of the Boyds is painted by Tommy Stovall, the film's writer and director, with such broad and venomous strokes that if the gay characters had been portrayed in the same way, the film would rightly be seen as bigoted.

... a flawed film that frequently tries to rise above standard TV dramas of the week.

A well-meaning but hopelessly stilted melodrama, Hate Crime sacrifices good intentions with its mediocrity of execution.

What is not entirely clear is what Hate Crime adds to the equation that hasn't been done before.

On the surface, Hate Crime may seem like a movie about violence rooted in religious bigotry, but underneath it's a poorly disguised argument for vigilantism.

even if [it] finds an audience receptive to all the shock and torment, this repetitive series of fascistic taunts and visceral outrages becomes, in the absence of decent characterisation and an interesting story, surprisingly unengaging.

Call it too much fuel to the fire in a misguided effort to bring home the tragedy of gay hate crimes.

deserves praise, even the political viewpoints lack any subtlety whatsoever.

An intelligent, well-acted, tense drama that is challenging in its moral complexity.

One day, a truly original screenplay will be written in which churchgoing, beer-drinking Southerners will be portrayed as something other than evil hypocrites.

One of the most hyped film was it had totally unconvincing story and one of the worst acting I've seen, if not for Brian J. Smith, I wouldn't have watched this.

The movie tries to make a point and send out a message. While the intentions might have been good, what I got to see in the form of a thriller wasn't quite so. Its predictability and preachy parts didn't bother me as much as its story so filled with loopholes. And if the director has the same excuse that the Sergeant makes towards the end, I'd have a hard time pardoning him. Many of the significant twists and turns simply don't add up to. I'd have readily ignored one or two, but here we've got enough at hand to make the movie lame. Tolerable, but not recommended from my end.