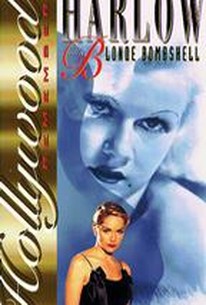 Jean Harlow packed a large dose of excitement into the short 26 years of her life. She was clearly one of the chief sex symbols of the 1930s and many felt she had it all. Actress Sharon Stone hosts this program that looks back at the life and film career of Harlow. As this show reveals, the actress moved to Hollywood from Illinois as a young bride of 16. After starring in a number of silent comedies, she got her biggest break when Howard Hughes chose her to star in the film Hell's Angels in 1930. Other films such as Platinum Blonde, Public Enemy, and Red Dust soon followed. Included in the program are film clips showcasing Harlow's special talents and beauty.

The biography makes some interesting connections between the plots of some of her movies and the distressing events in her life, along with sappily up-to-date observations like "The only place she could feel empowered was in front of the camera."

A no-nonsense biopic on the blonde bombshell of the 1930s, Jean Harlow.

There are no featured reviews for Harlow: The Blonde Bombshell at this time.