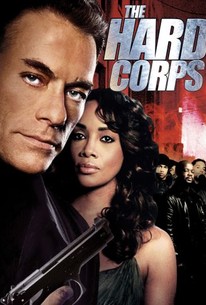 A former Desert Storm special forces soldier is assigned the task of protecting a retired World Heavyweight champion turned powerful entrepreneur when the thuggish rap mogul he put behind bars comes gunning for revenge in this bullet-riddled action entry starring Jean-Claude Van Damme and Vivica A. Fox. When Wayne Barclay testified against music industry heavy Terrell Singletery (Viv Leacock), he made an enemy for life. Now Terrell is being released from prison, and his time behind bars has only fueled his hunger for revenge. Vengeance won't come easy for this embittered ex-con though, because when Philip Sauvage (Van Damme) sets up a special team of vicious fighters and former soldiers to protect Barclay, the determined thug is will be forced to defeat a seasoned team of warriors with enough combat experience to wage a small war.

Vivica A. Fox
as Tamara Barclay

Joel Haywood
as Young Banger No. 1

Daniel B. Melles
as Dog Food

Adrian Holmes
as Cujo
View All

Critic Reviews for The Hard Corps

The Hard Corps is more grounded than most in its genre, and has a ring of truth to it.

...there's simply no denying that the film feels like a return to form for the Muscles from Brussels.

Audience Reviews for The Hard Corps

This is the second film of Van Damme and Vivica A. Fox since Knock Off. Great high-powered action-thriller like The Bodyguard.