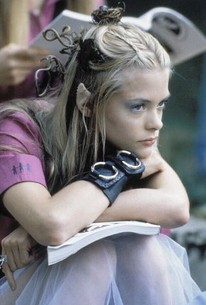 Screenwriter Daniel Waters, who up-ended the traditional teen comedy with his cult classic Heathers, makes his directorial debut with this darkly humorous teen romp. It's summer at Camp Bleeding Dove, and when the teenaged counselors aren't busy watching their young charges or being verbally browbeaten by camp director Oberon (Peter Stormare), they're engaged in an ongoing game of musical cots, with nervous Talia (Emily Bergl) crazy about bad-boy Wichita (Brad Renfro), Wichita lusting after neat-freak Wendy (Dominique Swain), Wendy taking a longing look at Pixel (James King), and Pixel opting to pair off with Adam (Jordan Bridges), while lonely Donald (Justin Long) and Jasper (Keram Mailicki-Sanchez) watch from the sidelines. In the midst of all this hormonal overdrive, the various counselors barely have time to think about the campers, but suddenly they're forced to when Oberon is severely injured in an accident, leaving it up to them to run the camp and organize the activities -- which suddenly take a sharp turn off the straight and narrow. Happy Campers was screened as a last-minute entry at the 2001 Sundance Film Festival, shortly after New Line Cinema, which financed the project, opted to turn the film back over to its producers.

Peter Stormare
as Oberon
View All

Despite some curious performances, you wouldn't want to camp out here too long.

Insulting to the intelligence and filled with numbingly awful jokes and little originality.

Happy Campers may not all be so happy in this film. It's a ridiculously bad taste version of Meatballs. Certainly not made for children with all the sex and swearing going on. The film has darker subtext to it's cheery appearance, watch at your own discretion.