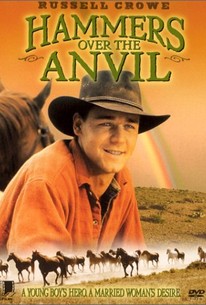 Hammers over the Anvil Photos

This drama concerns a small period in the life of its central figure, Alan Marshall (Alexander Outhred), a young man living in rural Australia in 1910, who was crippled by polio years before. Because he hasn't the strength or coordination to perform most chores and enter fully into the life of his family and friends, much that he experiences comes to him vicariously. In the story, he witnesses many dramatic events happening to others. Several of them concern the romantic trials and tribulations of the women and men he knows. However, the story which concerns him the most is somewhat sad: despite the best efforts of his father, Alan is unable to ride a horse. The screenplay of the movie is based on a collection of Marshall's autobiographical stories. ~ Clarke Fountain, Rovi

Critic Reviews for Hammers over the Anvil

If you are going to make slow-paced film, why not make it depressing as well?

Audience Reviews for Hammers over the Anvil

There are no featured audience reviews yet. Click the link below to see what others say about Hammers over the Anvil!

Hammers over the Anvil Quotes