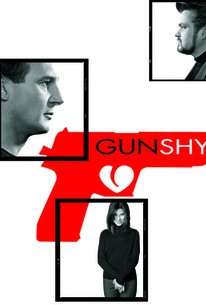 Critics Consensus: A dark comedy of the low brow nature -- filled with fart and gay jokes. Even Liam Neeson and Sandra Bullock cannot save this failure.

Critics Consensus: A dark comedy of the low brow nature -- filled with fart and gay jokes. Even Liam Neeson and Sandra Bullock cannot save this failure.

Critic Consensus: A dark comedy of the low brow nature -- filled with fart and gay jokes. Even Liam Neeson and Sandra Bullock cannot save this failure.

In this action-laced comedy, a cop on the verge of a nervous breakdown finds love at the least convenient time. Charlie Mayo (Liam Neeson) is an undercover agent with the DEA who was nearly killed when a sting set up to nail a gang of drug dealers went horribly wrong. The accident left Charlie shaken, and he's gone into therapy to hold himself together as he struggles through one final case before retiring. Charlie's superior (Mitch Pileggi) has set him up on another undercover assignment as he tries to bring in two Colombian drug kingpins and a low-level Mafiosi with delusions of grandeur (Oliver Platt). As Charlie makes his way through therapy, he's referred to a nurse (Sandra Bullock) interested in New Age healing techniques; now he has love on his mind as he tries to keep himself out of harm's way under increasingly dangerous circumstances. Gun Shy marked the feature directorial debut of television veteran Eric Blakeney.

Ron Reaves
as Manager at Bistro

Dante Lamar Henderson
as Dancer at Cheemo's House
View All

Gun Shy is worth at least a shot at a matinee.

Not only is the script incomprehensible, the film wasn't edited or directed -- it was crammed into a Cuisinart.

The movie is marred by an overreliance on unfunny bathroom gags.

He (Eric Blakeney) shows real promise with clever dialogue and plotting, and especially with creating a gallery of intriguing characters.

Sure it falls apart right at the end--but up until that point it's a gem of an underrated comedy.

[Gun Shy is] not boring as much as it's...forgettable.

A quirky comedy about middle-aged burnout.

I'd rather be shot then have to see this again .

Neither romantic nor dark, neither humorous nor satiric, Gun Shy tries to be Bob Newhart, Goodfellas, Mickey Blue Eyes and Forces of Nature and succeeds at none of the above.

Movies this badly botched are seldom released in theaters.

Vet Early Liam Neeson and its really far from his best or anyones best. 2 stars

This inane, confused comedy rambles in circles until the climax, where it all but disintegrates before my eyes.