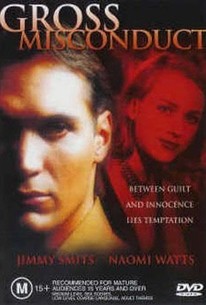 A teacher's life is thrown into turmoil by a student's accusations in this Australian made-for-television drama. Jimmy Smits stars as Justin Thorne, a well-liked college professor. After accepting the sexual advances of determined student Jennifer Carter (Naomi Watts), Thorne is later accused of raping her. Thorne soon learns that there is more than meets the eye in this girl's family history.

There are no critic reviews yet for Gross Misconduct. Keep checking Rotten Tomatoes for updates!

Good erotic-thriller about the sexual harrassment and intimate relations between a teacher and a student.