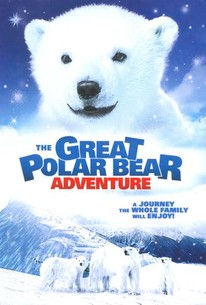 Authentic wildlife footage of polar bears in the Arctic merges with cutting edge animation to follow the journey of a mother polar bear forced to contend with the devastating effects of global warming while teaching her newborn cubs the survival skills needed to live in the wilderness. Ikuk the polar bear is pregnant. She's never had cubs before, so when she gives birth to Cassie and Asak she is overcome by the happiness of being a new parent. Thankfully, the newly formed family has a friend in the form of amiable artic fox Pupa (voice of Howie Mandel), who helps them scavenge for food while warning them about an ornery old polar bear named Karkush, who poses a sizable threat to all animals in the area. Before long, Ikuk's traditional hunting grounds have largely melted away due to global warming, leaving the concerned mother and her vulnerable cubs with little choice but to venture into perilous "two-leg" territory in search of sustenance. Once there, Ikuk and her cubs are separated and the cubs are forced to contend with an unexpected threat before reuniting with their worried mother.

There are no critic reviews yet for The Great Polar Bear Adventure. Keep checking Rotten Tomatoes for updates!

There are no featured reviews for The Great Polar Bear Adventure at this time.