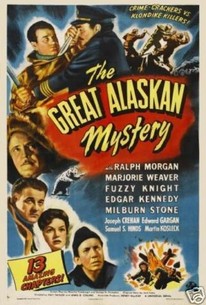 This 13-chapter Universal serial stars Milburn Stone, better known as Doc Adams on the long-running television series Gunsmoke. He plays a government agent out to protect a scientist who has invented a matter-transmitting machine called the "perpetron." Nazi spies have discovered the existence of the machine and are out to capture it.

There are no critic reviews yet for The Great Alaskan Mystery. Keep checking Rotten Tomatoes for updates!

There are no featured reviews for The Great Alaskan Mystery at this time.