Gorillas in the Mist: The Story of Dian Fossey1988 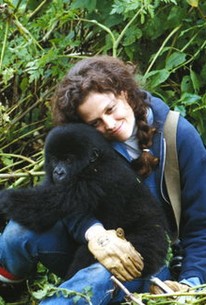 Gorillas in the Mist: The Story of Dian Fossey Photos

Gorillas in the Mist is based on the autobiographical 1983 book by naturalist Dian Fossey. Before the book could be brought before the cameras, Fossey had been mysteriously killed; her death provides a logical, if somewhat ghoulish climax to the film. A Kentucky girl, Fossey (Sigourney Weaver) is inspired by famed anthropologist Louis Leakey (Iain Cuthbertson) to devote her life to the study of primates. Traveling into deepest Africa, Fossey becomes fascinated with the lives and habits of the rare mountain gorillas of the Ugandan wilderness. Studying them at close quarters, Fossey develops a means of communicating with the gorillas, and in so doing becomes obsessed with the beasts' well-being. She is so devoted to "her" mountain that she loses the opportunity for a romance with a National Geographic photographer (Bryan Brown). Appalled by the poaching of the gorillas for their skins, Fossey complains to the Ugandan government, which dismisses her by explaining that poaching is the only means by which some of the Ugandan natives can themselves survive. She refuses to accept this, and becomes a militant animal-rights activist, burning down the poachers' villages and even staging a mock execution of one of the offenders.

Critic Reviews for Gorillas in the Mist: The Story of Dian Fossey

There were moments when I felt a touch of awe. Those moments, which are genuine, make the movie worth seeing.

This is a movie for masochists.

Sigourney Weaver gives an inspired performance as a woman who launches a crusade to save gorillas in Africa.

Audience Reviews for Gorillas in the Mist: The Story of Dian Fossey

Dynamite little film. I love Sigourney in everything, so I could be a bit biased.

An insight into the life of Dian Fossey, this a great film

Messed up movie about the woman who studied the gorillas.

Sigourney Weaver, who plays the true-life anthropologist Dian Fossey, goes slightly bananas trying to protect her beloved mountain gorillas. Remarkably, it's almost impossible to tell the real monkeys from the guys wearing the suits and, partly because they have no dialogue, they are often more interesting to watch than the humans.

Gorillas in the Mist: The Story of Dian Fossey Quotes