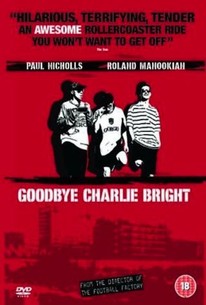 Two lifelong friends discover that growing up sometimes means growing apart in this gritty British drama. Charlie (Paul Nicholls) and Justin (Roland Manookian) are a pair of best friends who grew up together in a rough-and-tumble London neighborhood, close enough that some of Charlie's pals jokingly refer to Justin as "the wife." Charlie and Justin are the de facto leaders of a group of toughs, including Damien (Alexis Rodney), Francis (Danny Dyer), and Tommy (Sid Mitchell), who make a living through petty theft. As the boys grow into their late teens, it becomes obvious that they are not going to be following the same paths in life. Tommy decides to join the Army and Francis loses interest in the gang after he gets serious with his girlfriend. Charlie has been going through changes of his own, especially after the death of his father (David Thewlis), and while Justin has no real ambitions beyond a life as a small-time criminal, Charlie is smart (and practical) enough to begin thinking of a different future. Charlie is offered a good-paying straight job by his cousin Hector (Richard Driscoll), and he begins pursuing a relationship with Blondie (Dani Behr), a young woman a few rungs higher on the social ladder. But as Charlie moves forward, Justin seems stuck in neutral, and as they begin to drift apart, Justin finds himself increasingly disenchanted with his best friend's new life. The supporting cast also includes Phil Daniels and Jamie Foreman.

There are no critic reviews yet for Goodbye Charlie Bright. Keep checking Rotten Tomatoes for updates!

Nick Love?s ?Goodbye Charlie Bright? has all the trademarks associated with the British Director. The film manages to create a tale of friendship within a tough area, where crime and violence is a given. The film builds up the characters in the first half and begins to come alive in the second. Enjoyable performances from Paul Nichols and Roland Manookian.