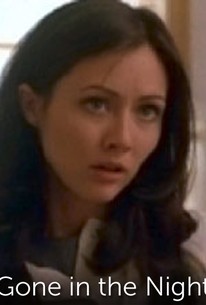 Gone in the Night Photos

Were it not based on a true story, this two-part TV movie could well have been dismissed as a grotesque nightmare. The story begins in 1988, when the Chicago home of Cindi and David Dowaliby (Shannen Doherty, Kevin Dillon) is invaded by person or persons unknown, who kidnap and murder their daughter Jacklyn while the couple sleeps. Once the crime is reported, the grief-stricken Dowalibys find themselves accused of their daughter's murder. The authorities are cruel and relentless, public opinion is hostile, the media is doggedly one-sided, and the family's very expensive lawyers more interested in their fee than in justice. Ultimately, Cindi is "cleared", but David is sentenced to a 45-year prison term--and both the couple's surviving child and Cindi's newborn baby are taken away from them. The rest of the film concerns Cindi's tireless and apparently futile battle to win back her children, secure her husband's release and restore the family's mud-splattered reputation. Originally telecast by CBS on February 25 and 27, 1996, Gone in the Night may indeed end on a small note of triumph, but by no means is the tragic situation completely resolved. ~ Hal Erickson, Rovi

Zoey Zimmerman
as Susan
View All

Critic Reviews for Gone in the Night

There are no critic reviews yet for Gone in the Night. Keep checking Rotten Tomatoes for updates!

There are no featured reviews for Gone in the Night at this time.

Gone in the Night Quotes