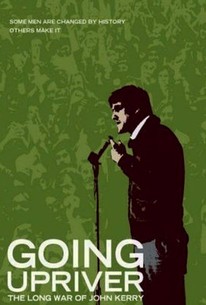 Critics Consensus: Interesting and revealing footage of both Kerry and the Vietnam era in general.

Critics Consensus: Interesting and revealing footage of both Kerry and the Vietnam era in general.

Critic Consensus: Interesting and revealing footage of both Kerry and the Vietnam era in general.

Douglas Brinkley's best-selling novel Tour of Duty follows 2004 presidential hopeful John Kerry's years in Vietnam and goes on to illustrate his contribution to peace advocacy groups after being honorably discharged from the Navy. Both of these events, according to George Butler, Tour of Duty director and long-time friend of Senator Kerry, had a profound impact on the politician's personal ideologies, and provided the foundation for Kerry's career. Kerry, who hired Butler as his press secretary during his 1969 congressional campaign, agreed to be interviewed for the film. Tour of Duty, in addition to a series of interviews, features an array of archival footage of Kerry dating from the 1960s to his presidential run.

Butler's stirring film wasn't made to refute its slanders, though it does. It's a richly documented history of Kerry's war- time experience and of the Veterans Against the War movement.

This should be revelatory to most people -- but most people will probably never see Mr. Butler's film, and certainly none of those who consider George W. Bush as next to God.

One of the most moving things for me was seeing that some of the high-ranking politicians really did recognize that, hey, we need to meet with these young men and hear what they have to say and that footage is amazing stuff.

Brinkley has done his homework, and the evidence is on the screen.

Butler is on record as a close friend of Kerry's, but he's also a well-respected documentarian, who introduced Arnold Schwarzenegger to America in Pumping Iron and chronicled the heroism of Ernest Shackleton in The Endurance.

Filmgoers in the mood for one more go-round will be fascinated by this documentary by George Butler.

It's too bad that Kerry's likely to lose the upcoming election, because this type of hagiography would be far better in the unlikely event that Mr. "Wartime" President is going to be defeated.

...even Kerry fans might be made wistful... Where has that young man gone? Whatever happened to him?

Going Upriver is lucky enough to have at its disposal a genuinely charismatic figure whose sense of his own citizenship is rigorous, questioning, and articulate.

It's only OK as a movie, but it's a fantastic political ad.

Butler's film may do little to change the outcome of the election, but anyone who questions Kerry's convictions should see Going Upriver before casting their vote.

One of those films that has a short shelf life. Interest in Kerry goes up in 2004 and disappears soon thereafter. I found it and it is pretty good biopic of a rapidly fading public figure.