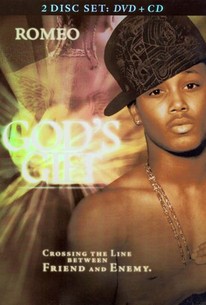 When the best friend of a handsome and popular high school basketball player suddenly experiences a troubling personality shift, it's up to his loyal pal to get to the source of the problem and reach out to a friend in need in a gritty tale of urban friendship starring Romeo and Master P. Romeo may be the captain of the summer AAU basketball team, but much of the credit for his respectable accomplishment rests squarely on the shoulders of his best friend Don. Just as the team soars to new highs and it appears that nothing can come between Romeo and his laid-back friend's tight bond, Don suddenly becomes uncharacteristically erratic and mean-spirited. Though at first quick to defend his friend and teammate's bizarre behavior, Romeo finally finds his patience tested when Don inexplicably lashes out against the one person who has always supported him. His friend in trouble and his role as the team leader put to the ultimate test, Romeo must now get Don the help that he needs in order to save their friendship and restore order on the basketball court.

There are no critic reviews yet for God's Gift. Keep checking Rotten Tomatoes for updates!

There are no featured reviews for God's Gift at this time.