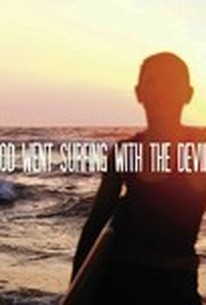 Sometimes shared passions can bring together fierce rivals, as filmmaker Alexander Klein demonstrates in this documentary. Israel and Palestine have been bitter adversaries for years, and the violence between the two nations has escalated in the 21st Century, with fatalities on both sides numbering in the thousands. In 2006, after Hamas was elected into power in Palestine, Israel responded by closing the borders between the two countries, allowing only certain forms of humanitarian aid to go through. However, in 2007, a group of Israeli surfers learned there were a handful of Palestinian surfers in Gaza who, despite the presence of Israeli snipers, were regularly riding the waves using battered boards they'd had for years. When the Israeli surfers heard about the plight of their Palestinian brethren, they teamed up with a group of Americans to bring them a batch of new surfboards and gear, while running up against interference from the Israeli government, who believed the boards could somehow be used as weapons. Klein captures this bit of unexpected diplomacy amongst two bands of surfing enthusiasts in the film God Went Surfing With The Devil, which was an official selection at the 2010 Palm Beach International Film Festival.

Critic Reviews for God Went Surfing With The Devil

There are no critic reviews yet for God Went Surfing With The Devil. Keep checking Rotten Tomatoes for updates!

There are no featured reviews for God Went Surfing With The Devil at this time.