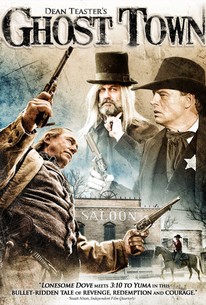 According to Appalachian folklore, in the year 1856 a man emerged from the mountain wilderness around Cold Springs, North Carolina to avenge his father's death. His vengeance was so powerful that by the time he was finished, nothing was left but a ghost town. Twenty years later, when his daughter's honor is brought into question, the mysterious avenger returns to ensure that justice is served.

DJ Perry
as Will Burnett

There are no critic reviews yet for Dean Teaster's Ghost Town. Keep checking Rotten Tomatoes for updates!

There are no featured audience reviews yet. Click the link below to see what others say about Dean Teaster's Ghost Town!