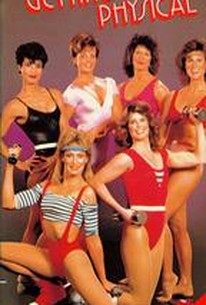 After being mugged by two men, aspiring actress Kendall Gibley (Alexandra Paul) vows that she'll be ready for any future attacks. Kendall decides to "beef up" by undergoing a body-building regimen that would kill a lesser woman. Her devotion to physical culture sorely threatens her personal relationships with her friends, family and boyfriend, Mickey Ritter (David Naughton). Star Alexandra Paul's impressive physique is lovingly photographed by Howard R. Schwartz, as disco music pulsates on the soundtrack. A number of real-life bodybuilders of both sexes appear in supporting and bit roles. Made for television, Getting Physical debuted March 20, 1984.

Franco Columbu
as Himself

Critic Reviews for Getting Physical

There are no critic reviews yet for Getting Physical. Keep checking Rotten Tomatoes for updates!

There are no featured reviews for Getting Physical at this time.