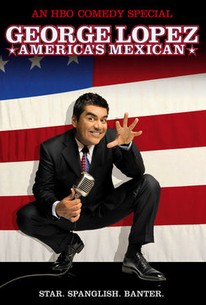 Expect the unexpected when George Lopez hits the stage in his first HBO solo stand-up special. Performed in front of a packed house at the Dodge Theater in Phoenix, Arizona, the show will be a no-holds-barred affair from the comedy star.

There are no critic reviews yet for George Lopez: America's Mexican. Keep checking Rotten Tomatoes for updates!

There are no featured audience reviews yet. Click the link below to see what others say about George Lopez: America's Mexican!