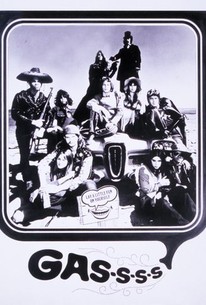 This futuristic film from Roger Corman finds everyone in the United States over the age of 25 killed by a poisonous gas. When the conservatives take over Texas, a group of hippies take off for a commune in New Mexico. Fifteen songs are performed by Country Joe and the Fish and Barry Melton. Notable newcomers in the cast included Ben Vareen, Cindy Williams, Bud Cort and Talia Coppola, sister of Francis Ford Coppola. A team of disoriented football players go on a rampage of rape and robbery.

George Armitage
as Billy the Kid

Country Joe and the Fish
as F.M. Radio

Country Joe McDonald
as AM Radio
View All

It takes more than a few hits on the bong to get into this messy pic.

Everyone under 25 dies and then...nothing happens.