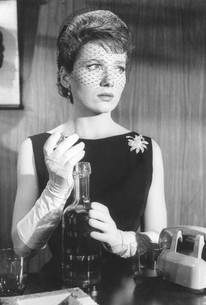 Based on a series of "expose" articles by Lester Velie, The Garment Jungle stars Lee J. Cobb as self-made dress factory owner Walter Mitchell. Resisting all efforts to unionize his shop, Mitchell finds himself under increased pressure from dedicated shop steward Tulio Renata (Robert Loggia). Unfortunately, Mitchell's anti-union stance plays right into the hands of protection racketeers, resulting in a brace of brutal and unecessary murders. With such powerhouse performers as Cobb, Richard Boone, Gia Scala, Harold J. Stone and Joseph Wiseman on hand, nominal leading man Kerwin Mathews (cast as Mitchell's sensitive son) seems rather lost; Mathews was seen to better advantage in the like-vintage Seventh Voyage of Sinbad. Officially directed by Vincent Sherman, The Garment Jungle was heavily gone over before its release by uncredited director Robert Aldrich. It is difficult to tell where Sherman left off and Aldrich began, though reports indicate that Aldrich helmed most of the scenes involving Mitchell's girlfriend Lee Hackett (Valerie French). Best scene: the elevator murder.

Adam Williams
as The Ox

Madelyn Darrow
as Models On Line

Jann Darlyn
as Models On Line

June Kirby
as Models On Line

Critic Reviews for The Garment Jungle

Two or three individual scenes imbued with harsh newsreel clarity fail to atone for the steamy melodrama of this story.

A powerful film on the influence of racketeers in the garment industry.

Audience Reviews for The Garment Jungle

This film is part of the Martini Movie collection and it is an excellent movie with a huge cast of great actors from the fifties. About the garment district in New York City where at one time all dresses were made, The union is sweeping the garment district but there are a few hold outs, and those holding out are paying the mob for protection, one owners son comes home from the war and is determined to clean up his fathers business. The movies in the Martini Collection are outstanding and this one should not be missed. 4 1/2 stars