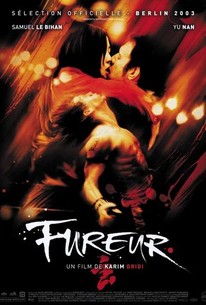 Two people brought together by fate are torn apart by their cultural and familial differences in this romantic drama. Raphael Ramirez (Samuel Le Bihan) is a first generation Frenchman whose parents emigrated there from Spain. Formerly a boxer, Raphael turned his back on pugilism and has gone into auto repair, though both Raphael and his brother, Manu (Yann Tregouet), both have a keen interest in the local Thai boxing scene. Raphael was once close friends with Tony Tran (Bounsy Luang Phinith), the son of a successful local businessman (Thomas Larget) who settled in France after leaving his home in Vietnam. However, Tony and Raphael have become wary of one another, and the tension between the two increases when Tony announces he wants to buy Raphael's garage. The simmering anger becomes explosive when Raphael meets Chinh (Yu Nan), a shy but beautiful girl of Cambodian heritage who is pledged to marry Tony. Raphael falls head over heels in love with Chinh, and is determined to wed her, whatever the cost. ~ Mark Deming, Rovi

There are no critic reviews yet for Fureur. Keep checking Rotten Tomatoes for updates!

There are no featured reviews for Fureur at this time.