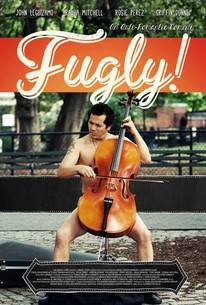 Synopsis: Jesse Sanchez (Emmy-winner John Leguizamo, writer/producer) is the "fugly" ghetto nerd from the Bronx in the 1970's, growing up in the shadow of his older, better-looking brother. Jesse heads off to college where he takes advantage of the incredible ratio of 6 girls to every guy. It is there that this boy undergoes a transformation. It's where he meets Lara (Radha Mitchell, Finding Neverland) and learns to take command of the stage. As a college grad back in New York, during a spur of the moment local comedy night performance infused with his own style of in your face bits on sex, Jesse is discovered by agent Stoddard (Ally Sheedy, The Breakfast Club) who says she has found the next Latino sensation. Moments later he meets Zowie (Rosie Perez, Fearless & ABC's The View), a sexy Nuyorican poetess and passionate lover in search of a man who will take her to the top of the industry. Later, with a rising film and television career, Jesse has newfound fame, money, and a strong social media following. He experiences a life-changing moment that allows him to reflect upon his career and the true love of his life. Back on stage, Jesse finds himself in competition with his ex's new beau Jeffery (Oscar-nominated Griffin Dunne, Dallas Buyers Club). Then, director Alfredo de Villa's hilarious anti-romantic comedy takes a shocking turn. (C)

John Leguizamo can do so much better than this weak rom-com, in which men are morons and women are either neurotic or nasty.

It's a comedy that's so broad and cartoony that the occasional dramatic pivots seem diminished and ridiculous, like performing a soliloquy on a Chuck E. Cheese stage.

There are no featured audience reviews yet. Click the link below to see what others say about Fugly!!