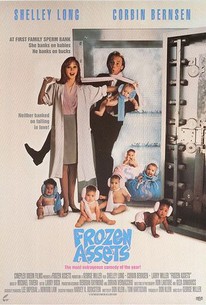 A rising young executive is ecstatic to learn that he is to be acting president at the small-town bank his company just purchased until he gets there and realizes that it is a sperm bank. This base little comedy centers on his attempts to make the place profitable and also chronicles the growing love between himself and the uptight but pretty biologist who works there.

Gloria Camden
as Gloria the Madam

Michele Lane
as Mommy in Classroom

Dallas McKennon
as Stud of the Year/Octogenarian

Dal McKennon
as Stud of the Year/Octogenarian

This movie is seriously bad, but what puzzles me is its tone. This is essentially a children's movie with a dirty mind.

A movie about some people trying to run a sperm bank using extraordinary measures. This movie was a bit cheesy at times but I also found it to be charming and funny.