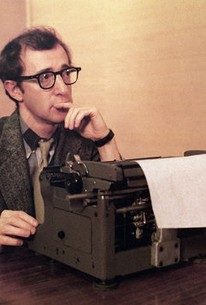 Martin Ritt's The Front is a black-comedy about the McCarthy hearings of the '50s and the subsequent Hollywood blacklisting. Woody Allen plays a bookmaker who become "a front" for a group of blacklisted Hollywood screenwriters who aren't able to get a job, because of their alleged communist ties. The Front was written by blacklisted Walter Bernstein and features performances from several blacklisted entertainers, including Herschel Bernardi, Joshua Shelley, Lloyd Gough, and Zero Mostel.

Matthew Tobin
as Man at Party

Marilyn Persky
as His Date

Joe Ramrog
as F B I Man

Michael B. Miller
as FBI Man

Critic Reviews for The Front

An empty monument to the senility of American liberalism.

It recreates the awful noise of ignorance that can still be heard.

The tragedy implied by this character tells us what we need to know about the blacklist's effect on people's lives; the rest of the movie adds almost nothing else.

Ritt's direction is all sweaty close-ups and mismatched shots.

It's human and more terrifying than any horror film because it could happen again.

The few moments of authentic emotion and perfect setting don't manage to erase the excessively intellectual feel of the film, which alienates the public from the crucial moments of the story. [Full Review in Spanish]

As directed by Martin Ritt and played by Woody Allen, this is a well intentioned but oversimplified tale, which is mostly useful as an historical reminder of a shameful chapter in Hollywood's blacklisting era

Although made by those who were punished by being blacklisted during that period, the film disappoints by being so politically mild.

Any reminder of the tribulations undergone by the blacklistees serves a useful and eye-opening purpose, but good intentions and a sense of martyrdom don't by themselves fill the glass.

The Front may not be all you need to know about the 1950's blacklist tragedy, but it's certainly one of the finest films ever made on the subject.

Bernstein smartly suggests how capitalism actually benefited from the oppression of suspected communists.

Audience Reviews for The Front

The Front stars Woody Allen (not written or directed by) as a front for blacklisted writers. I didn't find much funny with this movie, and often the story is bland. Woody Allens characters moral transitions, while important for the film, happened to quickly. He does have great chemistry with screen partner Zero Mostel though. The film really did win me over with the ending, and the charming credits. Shows the issues with blacklisting, and the industry during the red scare.

An effective dramedy that works as an indictment of McCarthyism and the use of blacklisting during the Red Scare. I wish the film had opted to focus more on the nuances of blacklisting, such as exploring the political motives of the committees, but instead it decided to focus more on Allen's character, which worked well, it just didn't help the film make the large statement it intended to make. At the same time, it did do a good job of showing the effects on those targeted, as well as the great ironies involved. 3.5/5 Stars

The Front is a worthwhile but flat film that combines a Woody Allen comic persona with an earnest desire to educate modern audiences (this was 76, it really feels like distant history now) with the Mcarthy Era witchhunts as they affected the enterainment world.Martin Ritt, himself having been blacklisted, assembled a strong cast who are up to the challenge, including Zero Mostel -also blacklisted-, in his most serious and touching (and almost last) screen appearance. However, this film feels weak and except for the last scene is not dramatic or high stakes enough to care. Woody Allen is a 'front' for some outcast Communist sympathizing writers. Until the last very effective scene, the movie wastes potentially dramatic betrayals by having eveyone be too nice and noble. The film would have been much more interesting, if, as the situation seems to lead to, someone would betray someone. Nobody does and the film doesn't live up to its promise. In any case, it's worth a rental if you can find it and are interested in the subject matter. George Clooney's Good Night and Good Luck is a much more effective and dramatic movie about the same historical event, but if you want a bigger viewing list., give this one a look.

Not that great but the last line makes the movie well worth seeing.