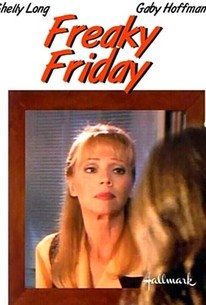 A fairly faithful remake of Disney's earlier feature of the same name, this version first aired on television. Gaby Hoffman stars as Annabelle, a girl who thinks her mother has an easy life. Her mother Ellen (Shelley Long) thinks Annabelle's life is the better of the two, and after an argument one Friday morning, the two magically switch personalities. After much mayhem and confusion, the two learn that the grass is not really greener on the other side of the fence. Actress-turned-director Melanie Mayron directed.

There are no critic reviews yet for Freaky Friday. Keep checking Rotten Tomatoes for updates!