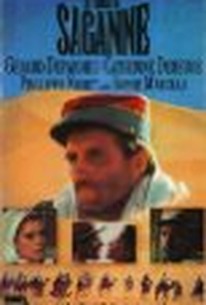 In spite of spending three hours developing the story of French peasant Charles Saganne (Gérard Depardieu), the sweep of this epic skims over the qualities that transformed Saganne from an ordinary officer to a great military leader. Saganne was first sent to a garrison town in North Africa before Colonel Dubreuilh (Philippe Noiret) assigned him to other missions, finally giving him a chance to exercise his innate ability to lead men. After a tragic hiatus in Paris where he fails to promote the colonialist cause, he returns to the Sahara and outshines his past accomplishments, leading a ragtag band of Arab dissidents in some brilliant military maneuvers -- for which he won the French Legion of Honor. His newfound recognition also attracted a society maven who became his wife, and after his tour of duty has ended Saganne moves with her to the village where he was born. But the year is 1914 and Saganne's peaceful village idyll was not meant to endure -- he is again called off to war, and to his destiny. Even though the costuming, landscape, battles, and charisma of Depardieu as Saganne and Noiret as Colonel Dubreuilh are outstanding, and several subsidiary characters deliver emotionally compelling vignettes, the protagonists as an ensemble have not been scripted with much depth of character -- making the three-hour epic seem a bit too long in the end. ~ Eleanor Mannikka, Rovi

Sophie Marceau
as Madeleine of Saint-Ilette

Sophie Grimaldi
as Lady of Saint-Ilette

There are no critic reviews yet for Fort Saganne. Keep checking Rotten Tomatoes for updates!

There are no featured audience reviews yet. Click the link below to see what others say about Fort Saganne!