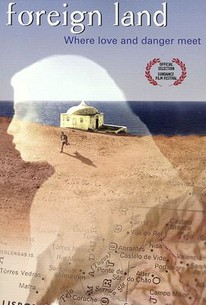 This beautifully photographed black and white Brazilian mystery chronicles the union between Paco, an aspiring actor living in Sao Paulo, and Brazil-born Alex, who works as a waitress in Lisbon, Portugal. Much of the tale is set in 1990 when Brazilian president Fernando Collor de Mello threw his country into an economic tailspin by suddenly confiscating the savings accounts of the entire population. At this time, Paco is living with his elderly mother in a poor Sao Paulo neighborhood. Tired of living in squalor, the mother dreams of returning to her native Spain. When she learns that her savings have been seized, the shocked old woman drops dead. Now without his mother, Paco feels little desire to stay in Brazil and so meets with the sleazy Igor, an antique dealer, and agrees to smuggle a violin stuffed with raw diamonds to Lisbon. Paco is to take the fiddle to a certain hotel where he will be paid by the contact. Unfortunately, he arrives, but the contact doesn't. This incident leads him down a twisted road filled with murder, danger and intrigue that eventually ends in the arms of Alex. In many films, this would be the end of the story, but not for Alex and Paco, for they cannot relax and enjoy their relationship unless they can somehow escape the murderous thugs Igor sent to kill them. ~ Sandra Brennan, Rovi

João Lagarto
as Pedro
View All

There are no critic reviews yet for Foreign Land (Terra Estrangeira). Keep checking Rotten Tomatoes for updates!

A decent film that holds our attention and keeps us always interested even if its attempt at being a combination of drama, thriller and (forced) romance is not that successful - not to mention how the characters' motivations are fuzzy especially in its third act.