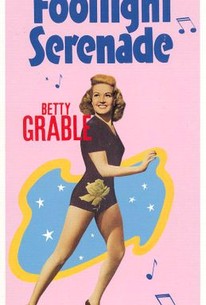 Victor Mature plays an arrogant champion boxer who opts for an acting career on Broadway. He falls in love with his costar Betty Grable, who's secretly married to actor John Payne. Unwilling to make public her marriage lest it adversely affect her career, Grable is unsuccessful in fending off Mature's advance, which causes her hubby's blood to boil. As it happens, Payne is also in the show, cast as Mature's sparring partner, and it is within the bounds of this role that he gets his revenge on the pushy pugilist. With the three leading actors playing for laughs, one wonders why 20th Century-Fox put Phil Silvers in the picture.

The musical numbers and the pretty girls in the movie are pleasingly entertaining for the public. [Full Review in Spanish]

Perky musical with Betty shining bright as usual. Both Payne and Mature play against her well but the real standout is Jane Wyman deep in her blonde showgirl phase, sprightly and fast with a quip.