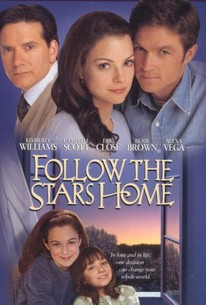 A woman gets a crash course in the realities of love and commitment when she gets some startling news about the child she's carrying in this made-for-TV adaptation of the novel by Luanne Rice. Dianne Parker (Kimberly Williams) is a lovely young woman who is engaged to marry Mark McCune (Eric Close), a successful and self-confident young businessman. Dianne isn't aware that Mark's brother, pediatrician David McCune (Campbell Scott), has also fallen in love with her, but David can't bring himself to break up his brother's relationship. After Dianne and Mark wed, she becomes pregnant, but routine tests reveal that the child will suffer severe genetic defects. Mark decides having an disabled child is not something he can bear and he leaves Dianne. Dianne decides to keep the baby and raise it on her own. She gets valuable help from her mother, Hannah (Blair Brown), but David also pitches in to help raise Dianne's child, and soon Dianne gets a greater appreciation of what love is truly all about as she struggles with David to care for her baby. Produced for the award-winning anthology series "The Hallmark Hall of Fame," Follow the Stars Home first aired on May 6, 2001.

There are no critic reviews yet for Follow the Stars Home. Keep checking Rotten Tomatoes for updates!

I remember seeing this premiere on TV once, and simply loved it. Still do, in fact. One of my favorite Luanne Rice books come to television, its great!