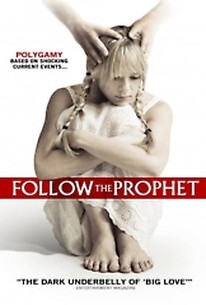 A young woman turns her back on her family and her community when she learns the safety of herself and her peers is at stake in this drama. Avery Colden (Annie Burgstede) is a fifteen-year-old girl who has been raised as part of a religious cult led by Brother John (Tom Noonan). The cult teaches that the path to salvation comes through obedience, and that it is the will of God for men to have more than one wife. But Avery begins to have doubts about her faith when she learns she's been chosen to be Brother John's latest bride, and she's left both angry and terrified when her father Rodger (David Conrad) attempts to rape her, claiming it is his right and God's will. Avery runs away from home, and finds a benefactor in Jude Marks (Robert Chimento), a military officer who has recently lost his own daughter. Marks puts Avery in touch with Red (Diane Venora), a police officer who has been trying to put Brother John behind bars; as Red offers shelter, she tries to find a way to stop the cult's abuse of underage girls, and Avery steps up to help them when she learns a much younger girl will be taking her place as the prophet's next wife. Follow The Prophet was an official selection at the 2010 Palm Beach International Film Festival.

Movies on shocking or controversial subjects work best when they stick to the facts and refrain from sensationalizing. Follow the Prophet doesn't refrain from much.

There are no featured reviews for Follow the Prophet at this time.