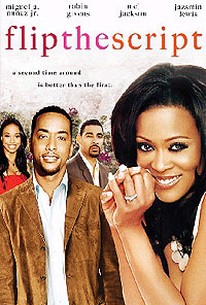 Director Terrah Bennett Smith teams with writer/executive producer Tiayoka McMillan to tell the tale of a tale of an old love that just can't seem to die, and the friendships that keep our spirits raised even in the darkest of times. Having just received the unfortunate news that his college friend Lucky (Tech Holmes) has recently passed away, Dr. Preston Scott (Miguel A. Nunez) begins contacting his old group of friends to organize a memorial service for the recently departed. The only problem is that one of Preston's old friends just so happens to be his ex-girlfriend Rain Jones (Robin Givens). When Preston tells Rain that he has found the woman of his dreams, the lingering pain over their break-up immediately comes back to the surface, prompting bitter Rain to respond with a fabricated story about her engagement to the perfect man. Now, as the memorial service draws near and old friends (Mel Jackson, Randy Goodwyn, Jazmin Lewis, Bianca Lewis) gather to celebrate the life of their fallen college friend, Preston and Rain are compelled to re-examine their past and face up to the fact that sometimes old love has a way of lingering even after romance has died.

Shequeta Smith
as Partygoer
View All

Critic Reviews for Flip the Script

Pardon me for expecting African-American fare to be far more sophisticated than the new millennium's equivalent of Amos & Andy, complete with Kingfish-quality buffoonery and an array of other degenerate coons.

Audience Reviews for Flip the Script

There are no featured audience reviews yet. Click the link below to see what others say about Flip the Script!