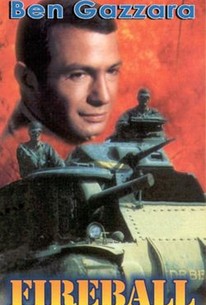 Outtakes and stock footage from the 1970 Oscar-winner Patton were utilized to flesh out the made-for-TV Fireball Forward, which was the brainchild of Patton producer Frank McCarthy. Ben Gazzara plays a fictional American general obviously patterned on "Old Blood And Guts". Gazzara suspects that there's a Nazi sympathizer in his ranks, and dedicates himself to ferreting out the traitor. One thing Fireball Forward has that Patton didn't is a romantic interest; Anne Francis plays the girl Worth Fighting For. Scripted by Edmund H. North (another Patton) alumnus, Fireball Forward, which first aired March 5, 1972, was the 2-hour pilot for an unsold television series.

There are no critic reviews yet for Fireball Forward. Keep checking Rotten Tomatoes for updates!

There are no featured reviews for Fireball Forward at this time.