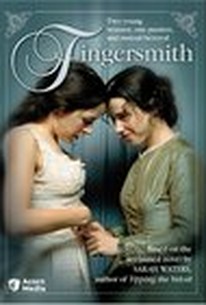 Two women from different worlds are brought together by strange circumstances and forbidden desires in this period-drama. Sue Trinder (Sally Hawkins) was left on her own as a young child when her parents died, and she was forced to fend for herself, living on the street in the company of thieves and confidence men. Sue is given a chance to reform when she's taken in by Mrs. Sucksby (Imelda Staunton), who wants to keep her off the streets, but Sucksby's friend Richard Rivers (Rupert Evans) is familiar with Sue's old circle and lures her into an elaborate criminal scheme. Sue is to get a job as a maid to Maud Lilly (Elaine Cassidy), a young woman who lives with her uncle (Charles Dance) and will claim a large family inheritance when she marries. Sue's role is to act as confidante to Maud, so when Richard attempts to court her, Sue will help convince the young heiress that marrying Richard is the right thing to do. Richard's scheme is to marry Maud, have her sanity called into question, and then take possession of her fortune after she's committed to an asylum, but as Sue becomes close friends with Maud, she begins to wonder if she has the nerve to go through with the plan, especially when her feelings for Maud begin to extend beyond just friendship. As Sue's choice becomes nearly unbearable, fate steps in and she discovers all is not as she'd been led to believe. Fingersmith was produced for the BBC, where it first aired in the spring of 2005. ~ Mark Deming, Rovi

You just can't beat a good BBC production, this one included. Full of twists, and turns, and unexpected surprises. Just when you think you've got a handle on what's going on, a new development arises to throw you in a new direction. Very well done. Top notch acting. Adapted from a really good novel, so I hear.

This mini-series has more twists and turns that you'd ever imagine by the gloomy look of it at first. I also must say I am a sucker for happy endings. You'd never think it would get there, as well, but it does! It's a must see for gay women audience, no doubt. Sarah Waters fans, there you go. Can't really tell if it's better than "Affinity" or "Tipping the Velvet".

Somewhat similar to Tipping the Velvet but with much less humor and whimsey. This made for television 'mini-series' has such a gloomy aura about it that it's difficult to see any of the characters in a favorable light. Beyond a few bright moments, Fingersmith seems better suited to PBS or BBC than DVD (IMO).

[font=Century Gothic]In "Fingersmith," Susan's(Sally Hawkins) mother was hung at the gallows. She is now a thief, sharing a house with a gang of thieves that has an excellent view of them on Lant Street in Victorian London.(And to think, people now worry about violence on television.) She is recruited into a scam by Gentleman(Rupert Evans), another thief, who posing as a real gentleman, Richard Rivers, is out to seduce Maud Lilly(Elaine Cassidy) and drive her mad in order to gain control of her fortune that is due her once she marries.(Maud was born in an insane asylum and was adopted by her uncle(Charles Dance) to be his secretary.)[/font] [font=Century Gothic][/font] [font=Century Gothic]"Fingersmith" is a BBC adaptation of the Sarah Waters novel. It is a perfectly adequate and none too original bodice ripper with a Dickensian flavor. After playing it straight for the first half, there is a huge twist, followed by revelations which come quick and often but it plays fair with the audience due to its changing points of view. And it does have some good thoughts about identity in the gilded age of Victorian England. [/font]