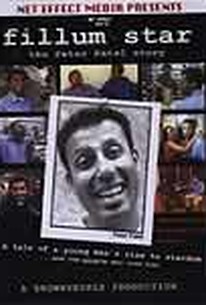 Struggling actor Peter Patel (Rizwan Manji) gets his big break when he's cast alongside Tom Cruise in this riotous mockumentary. Peter's meteoric rise to fame turns him into a community hero, and before long, everyone wants to know more about India's hottest up-and-comer. Filmed during the 48 hours before Peter's movie premiere, this irreverent look at the cult of celebrity captures the actor as he tries to get a grip on sudden stardom.

There are no critic reviews yet for Fillum Star. Keep checking Rotten Tomatoes for updates!

There are no featured reviews for Fillum Star at this time.