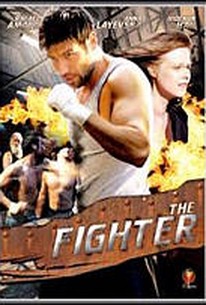 Following the tragic death of his beloved wife, a retired underground brawler named Leone (Rafael Amaya) returns to the world of illegal street fighting in a desperate bid to help capture "El Chapo," the fearsome head of the powerful criminal underworld. In order to break from his past, Leone will have to embrace it one last time. But surviving long enough to find redemption won't be easy for Leone, because his old boss has vowed revenge, and the authorities are determined to take away his freedom. ~ Jason Buchanan, Rovi

There are no critic reviews yet for The Fighter. Keep checking Rotten Tomatoes for updates!

Audience Reviews for The Fighter

There are no featured audience reviews yet. Click the link below to see what others say about The Fighter!