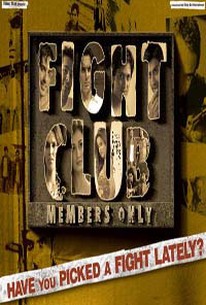 An aimless Bombay youth teams with his friends to open a club where men can go to duke out their problems, and gets more trouble than he bargained for after getting locked in a brutal struggle against a ruthless gangster. Vicky Khanna (Zayed Khan) lives with his widowed father in the heart of Bombay. Since his dad is always away on business, Vicky spends most of his time in the company of college pals Dhiku (Aashish Chaudhary), Somil (Riteish Deshmukh), and Karan Chopra (Dino Morea). One night, as the gang lives it up at a local nightclub, they witness a violent fracas with a group of amped up college students, and hatch a plan to open a club where people pay to settle their problems by brawling. Before long the club is thriving. Everyone wants a piece of the action, and a black eye is a badge of honor. Vicky's brilliant plan threatens to backfire on him, however, when the wimpy kid he used to pick on returns to settle the score. Sameer (Sohail Khan) has bulked up a bit since high school, and he's eager to give Vicky a taste of his own medicine. But that personal dispute takes a back seat to tragedy when vicious crime boss Anna Shetty (Suniel Shetty) murders Somil's uncle (Kulbhushan Kharbanda) in a bid to take over his popular Delhi nightclub. Later, Vicky and his pals relocate to Delhi and prepare to strike back against Anna and his thugs.

Amrita Arora
as Shonali
View All

There are no critic reviews yet for Fight Club: Members Only. Keep checking Rotten Tomatoes for updates!