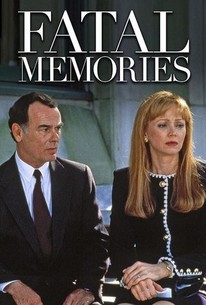 The made-for-TV Fatal Memories is based on a true story. Shelley Long stars as a California woman whose repressed memories suddenly burst forth. She promptly accuses her father of murder that occurred 20 years earlier. Then she experiences flashes of recollection suggesting that her father was also a party to her preteen rape. Many questions are raised but few are resolved during the climactic courtroom sequence. The theory of Repressed Memory Syndrome is in such disrepute nowadays that it's likely a rebroadcast of Fatal Memories will be even more controversial than its original telecast on November 9, 1992. The film has been syndicated as The Eileen Franklin Story.

Don MacKay
as Judge
View All

A mannered perf by Long as the suffering victim doesn't help the cause.

There are no featured audience reviews yet. Click the link below to see what others say about Fatal Memories!