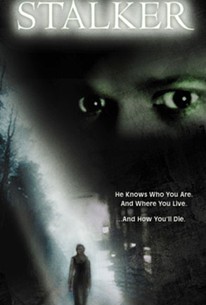 A man who went astray in a moment of weakness finds his mistake coming back to haunt him in this thriller. Mack Maddox (C. Thomas Howell) appears to have a happy, ordinary life -- a nice home, a happy marriage, and a loving daughter. But not all has been perfect in Mack's life and he gets a sudden and startling reminder of his checkered past when he's called up for jury duty. Mack will be hearing the trial of Ezra Tyler (Jay Underwood), who stands accused of killing his wife, and as the testimony goes on, Mack remembers that he actually knew Mrs. Tyler -- and had a brief affair with her. Ezra's morbid jealousy led him to murder his wife and Mack beings to wonder if he knows about his wife's infidelity. Soon Mack has become obsessed with Ezra, and when the trial is called off on a technicality, he discovers that Ezra is following his trail. Stalker was also released under the title Fatal Affair.

There are no critic reviews yet for Fatal Affair. Keep checking Rotten Tomatoes for updates!

Little bit slow in places, and Thomas C Howell really isn't that great an actor, but didn't mind this for what it was (straight to DVD movie). Jay Underwood does a good creepy guy and the actresses who play the wife and JoJo are pleasant enough onscreen. The little girl is a bit grating, though. Wouldn't buy this or seek it out, but free on TV and no complaints.