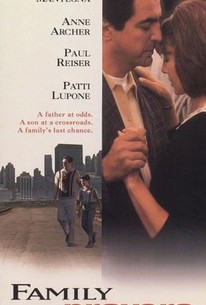 Set in 1969 Los Angeles, this movie aims at nostalgia but really is more a depiction of the tragedy of a dysfunctional family. Young Andrew, a 13-year-old male on the brink of manhood, is saddled with a Father who is a compulsive gambler and a Mother who is immersed in constant battle with him because of it. Often desperate for money, their dependence on Andrew's older sister for money is one more cause of tension and anxiety in an already unhappy household. As Andrew cares for himself and his younger sister, the symbol of his coming of age--his approaching bar-mitzvah--comes to symbolize more than just a rite of passage.

Glen Campbell
as Himself

First movie, Brittany Murphy has a non-speaking role as one of the girls at the party playing spin the bottle who first kisses Andrew. This coming of age story set in the 1960s takes a look at the effects of a couple's break-up on a sensitive, thirteen year old Jewish boy in the 1960s. The story is effectively told from the teenager's point-of-view--the script is sharp and offers insight into the difficulties young people often face when they are forced to make that transition into adulthood. The cast is solid, particularly Joe Mantegna and Anne Archer as the parents and Patti Lupone as Archer's opinionated sister. I also appreciated how the film doesn't O.D. on the 1960s--its treatment is subtle and adds nuance to the coming-of-age aspects of the story. I enjoyed this film because it took me back to a place and time when I started to realize that the world is a far more complicated place than I imagined. I also appreciated how Ginsberg's screenplay treats the relationship (and tension) between the father and mother--very real and emotional without being over the top! Check it out!