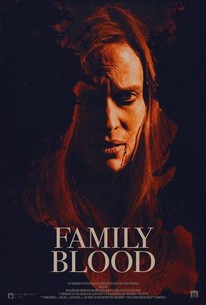 A recovering drug addict moves to a new city with her two kids in an attempt to start over and stay clean, but her past demons come back to haunt her once again, this time in a form far different than before.

Vampire films are almost always chock-a-block with tropes, but this one doesn't have even a drop of originality.

A promising premise -- vampirism "manageable" through 12 steps -- winds up being a suspense-free thriller with a lot of pretty actors covered in fake blood.