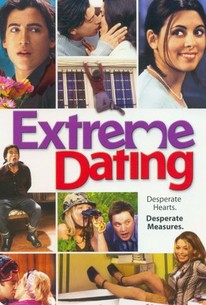 Four twentysomething friends find out too late that their theory about love blooming in extreme circumstances may have one fatal flaw in director Lorena David's romantic action comedy. When a random accident on the ski slope results in romance for one of the four close-knit friends, his lovelorn pals soon conclude that it was the stress of the event that helped to cement the instantaneous bond between the pair. Soon convinced that the surefire way to find love is to plan a series of risky dates in which chaos is the key ingredient, the four friends find their plan coming frustratingly close to fruition before cooking up an elaborate kidnapping ruse that's sure to result in true love. The only problem with the plan is that the "kidnappers" that the friends have hired are actually a pair of ex-cons with a devious plan all their own. Now, with their friend missing and the police in pursuit, the remaining pals hatch a daring plan to foil the kidnappers ad rescue the captives before their harmless experiment yields deadly results.

Ossie Cohen
as Boyfriend No. 1

Enrique Trujillo
as Pablo
View All

It would qualify as an 'extreme date' to watch this movie with someone you wanted to fall in love with.

What with the tired, insulting plot, B-list cast, and quickie production values, this really should have earned the Lampoon seal of mediocrity.