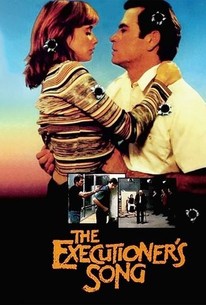 Tommy Lee Jones won an Emmy for his searing performance as wanton killer Gary Gilmore in The Executioner's Song. The film covers the last nine months of Gilmore's life, beginning with his release from prison in 1976. Linking up with teen-age divorcee Nicole Baker (Rosanna Arquette), Gilmore makes a half-hearted effort to go straight, but ends up embarking on a robbery spree that culminates in two cold-blooded murders. Arrested and sentenced to be executed, Gilmore insists upon being put to death (Utah law required a firing squad for this); he spends his final days as a poster boy for anti-death penalty activists and as a "client" for an entrepreneur (Steven Keats) who wants to make a film of Gilmore's life. Adapted by Norman Mailer from his own book, The Executioner's Song originally aired in two parts on November 28 and 29, 1982. It has since been boiled down to a 97-minute theatrical film for European consumption, with additional scenes of violence and nudity.

Thomas A. Carlin
as Speaker #1

Critic Reviews for The Executioner's Song

Although the quality of the book's dialogue gives the film its distinctive style, that kind of literary magic is not readily transferrable from page to screen.

Audience Reviews for The Executioner's Song

There are no featured audience reviews yet. Click the link below to see what others say about The Executioner's Song!