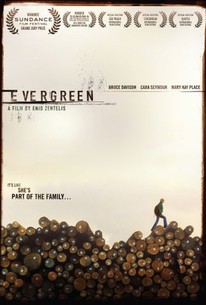 Fourteen-year-old Henrietta -- Henri for short -- longs for everything she doesn't have. Looking down a road that turns bad instead of right, Henri and her mother Kate are forced to move in with her grandmother in a leaking shack on the edge of town. But, Henri is bent on finding a way out. At the same time, Henri meets a boy at school, Chat Turly, and becomes infatuated with his seemingly ideal wealthy family. Henri overlooks some of the curious behavior she witnesses at the Turly's, choosing instead to see what she wants to see as she tries desperately to become a part of the family. When Henri can no longer ignore the severe flaws in Chat's home life, she comes to appreciate what she does have in a new light.

Zentelis' affection for her characters and the clear-eyed honesty of her storytelling glides us through any unsubtleties.

Aiming for simplicity, it ends up simplistic.

Serves as a small, heartfelt corrective to all the tween fantasies being sold this year.

Although Zentelis doesn't always nail the strange rhythms of real life, she does show that she's on the right track.

Newcomer Land is a find, performing with guileless naturalism and resilient dignity.

Evergreen is composed of standard teleplay material that fails to surprise and engage at almost every turn.

The movie comes to a satisfactory conclusion teaching the lesson that things aren't always as good as they look.

The dialogue is on-the-nose and its lessons are pedestrian, but the film remains a "working poor-trait" of poignancy and grace due to Addie Land's unself-conscious turn.

A solid, affectionately told drama, at times wavering the line of excellent, that only disappoints when it doesn't add up to the fully-realized catharsis it is aiming for.

There are no featured reviews for Evergreen at this time.