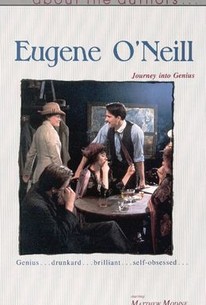 Starring Matthew Modine, Journey Into Genius portrays the writing career of award-winning American playwright Eugene O'Neill. Covering his life from his childhood of shadowing his actor father, the film reveals O'Neill's personal difficulties including alcoholism, divorce, and becoming stricken with tuberculosis. Focusing on his personal writing style, which became known as quintessentially American, the production of several of his plays from the 1910s through the 1940s is also discussed. Dramatizations as well as archival stills bring visual life to the story of O'Neill's life, whose plays continued to be performed and receive awards long after his work-preventing illness in 1944 and death in 1957.

There are no critic reviews yet for Eugene O'Neill: Journey into Genius. Keep checking Rotten Tomatoes for updates!

There are no featured reviews for Eugene O'Neill: Journey into Genius at this time.