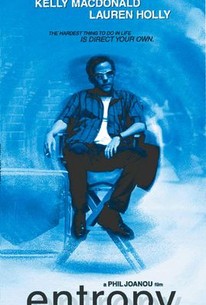 In this film, Jake Walsh is a film director who attends a fashion show with some friends and meets a French model named Stella. The attraction between the two is immediate, but between his career in film and her career as a model, they begin to drift apart.

Hector Elizondo
as The Chairman

Adam Clayton
as Himself

Larry Mullen Jr.
as Himself

The Edge
as Himself

Richard B. Livingston
as Claire's Lawyer

Joanou's work has always suffered from excessive style and pretention, and this movie, though more personal than his studio pictures, is no exception.

Becomes the routine tale of a man trying to choose between his work and his love--not quite so 'edgy' and 'hip' as the video box says.

There are no featured audience reviews yet. Click the link below to see what others say about Entropy!