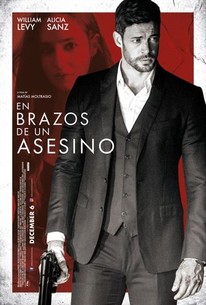 Victor (William Levy) has a deep secret - he is a cold-blooded assassin. Smooth talking and seductive, Victor was raised to do one thing only, which is to kill for money. When he is sent to the home of a brutal drug lord to collect payment for his most recent hit, he encounters the beautiful Sarai (Alicia Sanz), who has been forced to spend the last 9 years of her life with the drug lord. After Victor leaves the compound, Sarai seizes her chance at freedom by hiding out in Victor's car. But things don't go as planned and instead of being transported back to her home, she finds herself free from one dangerous man only to be caught in the clutches of another. While on the run from the vengeful drug lord and his brutal henchmen, Victor's conscience catches up with him as he risks all that he stood for to protect his captive. In the end, the power Sarai unknowingly holds over Victor and their undeniable attraction may be what places her right in the arms of a killer.

Isn't splashy or assured enough to leave one wanting more, and the narrative awkwardly completes one arc and begins another after the two-thirds point.

The movie's few bright spots feel unintentional, like mistakes left in because no one else noticed the absurdity of some scenes or the comic potential in others.

A strange and sometimes discomforting combination of a violent thriller and an allegedly sexy romance...

Depends on viewers' willingness to accept the familiar premise and the clueless actions of the characters without much thought. If you can enjoy the ride, help yourself.

It's every "Transporter" movie, and a whole lot of "hitman" romances, including TV's "Good Behavior" from a couple of years ago. How can you screw that up?

There are no featured reviews for En Brazos de un Asesino at this time.