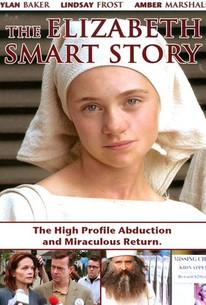 In June of 2002, 13-year-old Elizabeth Smart was kidnapped from her own bedroom in Salt Lake City, a crime witnessed by her younger sister Mary Katherine. The desperate search for Elizabeth evolved into a gigantic media event, as her anguished parents combined forces with the authorities -- and a number of top-rated cable talk show hosts -- to follow any lead, big or small, that would help them find their daughter. Eight months into the girl's disappearance, hopes for her safety were growing dim -- until, miraculously, she was spotted only a short distance from her home, accompanied by a pair of bizarre and seriously disturbed personalities, Brian David "Emmanuel" Mitchell and Wanda Barzee. Originally telecast November 9, 2003, by CBS, the made-for-TV Elizabeth Smart: The Long Way Home is divided into two plains of action: the ordeal of the abducted Elizabeth and her uncanny ability to keep her wits and optimism intact despite the ever-growing possibility that she would never see her parents again; and the dogged determination of Elizabeth's parents Ed and Lois, who against all odds, never gave up hope that their daughter was still alive and well. The film was released shortly after Elizabeth's rescue.

Trent McMullen
as Off. Troy Rasmussen

Tracy Waterhouse
as Off. Karen Jones
View All

There are no critic reviews yet for The Elizabeth Smart Story. Keep checking Rotten Tomatoes for updates!

Dylan Baker was annoying. However, the guy who played the abductor was very good and creepy in his role. Overall, it was ok - could have been better.

I used to subscribe to People magazine and they featured articles about Elizabeth Smart quite frequently. This movie seemed like a fairly realistic portrayal of the incident.